Location
If I told you that I would have to kill you.

Well...England were looking to give an "English Performance".

I suppose thats what we got.

sorry but not good enough , a pile of crap might be a bit strong but god we were on playing isreal
R

Couldn't have said it better myself m80

You forgot one lol

erm....did we actually expect to win??

that was one of THE shittiest games of football i have ever endured.. what a pile of pish

on the other hand WELL DONE SCOTLAND, 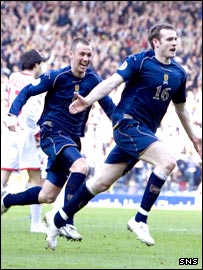 I never watched it, I refuse to watch any England game while that to55er Sven Goren Mclaren is in charge, he hasn't got a clue, he wasn't even a mediocre manager at Middlesbrough he was a and still is a SHIT manager !! Shame it wasn't him in charge of the Pakistani team

: shocked2 I fell asleep 10 minutes into the second half I'd say that says it all :sleep:
as for the manager unce:

jesus its arsenal in disguise lmao

what a joke manager he is lol, i thought he was going to draw a few christmas trees, couple of sheeps lmao... its about his lmit lol

if you thought sven was bad you aint seen nothing lol

have fun all i did watching that game lol

what a joke manager he is lol, i thought he was going to draw a few christmas trees, couple of sheeps lmao... its about his lmit lol

if you thought sven was bad you aint seen nothing lol

have fun all i did watching that game lol
Click to expand...

Location
If I told you that I would have to kill you.

Shame it wasn't him in charge of the Pakistani team
Click to expand...

Anyway, this is my view:

Although I dislike Sven, he still gave us some good times with England, and is a much better manager than McClaren.

McClaren just talks a good match, shame he cant get the players to play one.

He was the wrong choice and needs to go, but the FA have this thing where when they appoint a manager they seem to think they have to keep him for several years, whatever the results. Get rid of him, and bring someone decent in to replace him.

Finally, here's a video to cheer all you lot up, of all the good times!

have to say that I thought that was one of the most disjointed English performances since I've been watching them these last 20 years.

Carragher and Neville are never going to get forward (plus they should have swapped sides). We have never gotten over the loss of Shearer and I'm not sure wer have anyone of his calibre about to take up the mantle.

We do need an out and out right/left sided player with some craft.

My call....Get Becks back in the mix.

Lennon is one of the best right wingers in the premiership and you have a so called international manager playing him on the left(confusing)and you know nothing but a win will do,who`s your first substitute a defender,great managerial skills there....not,then you bring an attacker on with 10 mins to go,unbelievable.Mclaren is a national disgrace.

they miss jole cole on the left thats one thing.

but still for me to many long balls and rooney has only ever scored one goal with his head (against the gooners lol) defoe and johnson both sleep in match boxes... header my ass

what the fook are they gonna header ?

lampard for england is a waiste of time i dont care how good he is for chelski he cant do it for england (his mind must be on cheski pies and wages) and they should pair up someone else with gerrard as he looked the most dangerous yeseday!

rooney again taught us all how to use four letter words, really i did not know he knew the C word.

lenon ran around like one of those old microphones wih his dodgy hairdo should have had pennent come on and we could of had a duet might of been better than that bullshit of a match, i guess they was all following maclaren to the letter as i dont think he has a clue... infact i know he dont have a clue.... he watches the game like whats going on lmao YOUR THE FOOKING MANAGER YOU TWAT!

they was all rubbish, every last one of them!

i was busy doing other stuff at 18:30 so i didnt see the game but heard most of it on the radio.....i am glad (its sad really) i was busy elsewhere and hadnt wasted the time watching the game.

i must admit i didnt want maclaren as manager as he was so close to sven it was just gonna be more of the same, only worse as he was just the apprentice.

lets face it he had never done much as a manager himself, did he win a cup 1 year !!

i hind sight sven wasnt so bad........at least we qualified for each tournament.

if u look down the years with england managers
who the fook out of all of them won anything??

I think Team morale was at an all time High when Venables was manager, if he had been allowed to carry on we would of been a much better side now instead the old farts at the FA got rid of him because of a bit of alleged dogey dealings .. lmao SO WHAT ! he was a fantastic manager at the time who knew how to handle the players, I think a new brush is needed and a clean sweep through the old fogey school tie brigade at the FA, we need a new radical manager who will do he's own thing and pick a side thats best for the country instead of to please others

Look way back .. Brian Clough would have been another perfect manager but the old FA farts were to worried he was to outspoken and would of embarrassed them .. tough ! someone like cloughie could be the kick up the arse they all need