The country's leading consumer body has laid into warring media companies Virgin Media and BSkyB, branding their dispute "bad news for consumers".
Virgin customers have lost access to Sky's basic channels such as Sky One and Sky News because the companies could not agree on what Virgin should pay for them.

Screens went blank yesterday following a bitter public row between the companies and since then both sides have maintained the war of words, while many Virgin customers have been left angry or confused about losing access to favourite shows.

"The fallout from the dispute between Virgin Media and BSkyB is bad news for consumers," said Philip Cullum, the National Consumer Council's deputy chief executive.

"Over three million Virgin Media customers have been left high and dry. They have lost some of the most popular channels, they aren't getting a discount, and they've had little notice."

The NCC called on Virgin Media to confirm whether its customers could cancel their subscriptions without penalty.

"Our concern is that this dispute may expose a more fundamental flaw in the digital television market, and the extent to which it is competitive for consumers," Mr Cullum added.

The NCC, which is mainly funded by the Department of Trade and Industry to safeguard consumers' interests, has powers to bring "supercomplaints" to regulators under the Enterprise Act.

Mr Cullum said it was examining the case "as a matter of urgency" and was considering such a move, which could bring the row to the attention of the Office of Fair Trading or Competition Commission.

"If necessary, we will refer this market to the regulator using our power to bring a 'supercomplaint'," he said.

"In the meantime, we urge the two companies to put consumers first, by reaching a speedy solution and being crystal clear about customers' rights."

Virgin said it welcomed the NCC's statement and described yesterday as a "bad day" for consumers.

"We've always been open to discussions with Sky to find a settlement that would allow us to continue providing their basic channels to consumers on fair and reasonable terms," Vigin said.

"We have also made clear that we are willing to submit this dispute, along with other associated issues, to binding arbitration by a mutually acceptable expert.

"Furthermore, we agree that this dispute is one example of deep-rooted structural flaws in the way the UK's pay-TV market operates. We would welcome a thorough investigation of the causes of this and possible solution by the relevant regulatory authorities and would cooperate fully with any such enquiry.

The company said it would make a more detailed response to the NCC statement later today.

Virgin Media will allow customers to cease subscribing to the company's services and switch to another provider even if they are locked into a contract.

The announcement comes after the National Consumer Council, which has statutory powers to alert regulators to issues it deems to be contrary to the interests of consumers, threatened to intervene in the ongoing carriage dispute between Virgin and Sky. This afternoon, Virgin said that it "strongly" agreed with the NCC's assertion that "there are flaws in the UK pay TV market which are harming the interests of consumers," and added that "an investigation is warranted."

The company emphasised that "the withdrawal of Sky's basic channels does not breach our agreement with customers" but said that it will allow customers to cancel their contracts "at any time up to the end of March."

"Virgin Media wants to do the right thing by its customers and resolve this dispute, as well as its underlying causes," said Virgin Media CEO Steve Burch. "We think our customers will quickly recognise that the improvements we've recently made to our TV service, together with other exciting enhancements we've got in the pipeline, make Virgin Media's TV service the most comprehensive and exciting in the UK. Over the next month, however, if they don't agree, we will not use technical legalities to stand in the way of them switching to another service. Among both our customers and the public as a whole, we believe there is a significant groundswell of support for our decision to stand up to Sky: we are determined to ensure it is the customer that benefits from our determination to do so."

Virgin have also announced that a "major movie promotion" will be made available to existing TV customers "to address any concern over the loss of Sky's channels." 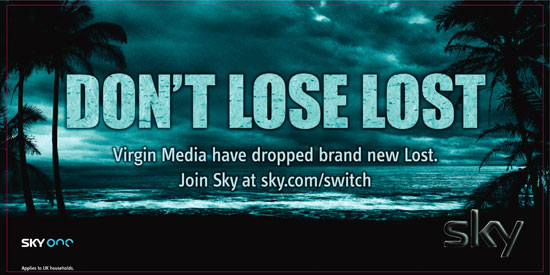 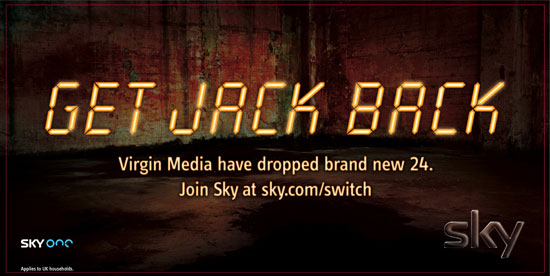 Leave jack where he is!! SKY the bully!

i would be very surprised if these channels were not back on cable by the end of the month ,

sullly said:
i would be very surprised if these channels were not back on cable by the end of the month ,