A nuclear submarine crashed after tracing paper was used to mark its course, it has emerged.

HMS Trafalgar ran aground during a training exercise off the coast of Skye in November 2002.

A Royal Navy board of inquiry criticised the decision to put tracing paper over charts so student officers could not draw on them.
It said the tracing paper obscured vital information that could have prevented the crash.

An estimated £5m of damage was caused to the hull of the 4,750 tonne submarine when HMS Trafalgar smashed into the seabed off a small island called Fladda-chuain.

Three crew members suffered minor injuries, but there was no damage to the vessel's nuclear reactor.

Two senior commanders, Commander Robert Fancy and Commander Ian McGhie, who had been in charge of the exercise, were later reprimanded at a Court Martial after admitting that their negligence caused the vessel to run aground. 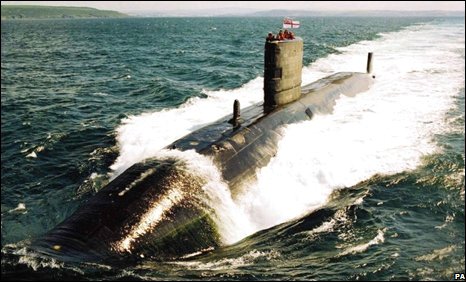 HMS Trafalgar ran aground during a training exercise in November 2002
​

The board of inquiry report, compiled in 2002 but not released by the Ministry of Defence until this week, said the use of tracing paper had been a "contributory factor in previous groundings - and again on this occasion vital information was obscured".

It said the tracing paper had hidden details about the strength of the current and some of the contours of the seabed, and warned: "The use of tracing paper overlays in inshore should be strongly discouraged."

The report also criticised Cdr Fancy and Cdr McGhie, who had been supervising the exercise but had not spotted serious errors in the navigational route plotted by their three students.

It concluded: "HMS Trafalgar grounded because of human error. The submarine altered course far too early, principally because the effects of tidal stream had been underestimated and the standard of chart work was poor.

"However, the student conducting the navigation had, for good reason, been deprived of significant information available only to the Command safety team.

"That team had not appreciated the dangers inherent in the plan. Had they been alert to the risks involved, they would have monitored more closely the submarine's position."