Ripper in legal bid for freedom

Yorkshire Ripper Peter Sutcliffe is aiming to win his freedom by claiming his human rights have been breached, a leading law firm has confirmed.

Sutcliffe murdered 13 women and tried to kill seven others across northern England in the 1970s and 80s.

But now a lawyer specialising in human rights cases is to argue the Home Office has fallen foul of the law.

Home Secretary Jacqui Smith said it was "hard to imagine circumstances" in which Sutcliffe would be freed.

But lawyer Saimo Chahal, a partner at London-based Bindmans & Partners, said that although Sutcliffe had been told he would serve a minimum of 30 years in jail, she believes the tariff was never formalised.

Sutcliffe began his sentence in 1981, but three years later was diagnosed with schizophrenia and moved to Broadmoor Hospital.

Now the lawyer aims to get Sutcliffe back into the prison system and has requested a reassessment of his psychiatric condition.

If he were returned to the mainstream prison system,

A profile of Ms Chahal on the Bindmans LLP legal firm website confirmed that she acts for Sutcliffe and added: "The Secretary of State is in breach of Article Five of the ECHR (European Convention of Human Rights) in failing to set a tariff."

Ms Chahal was named Legal Aid Lawyer of the Year in a 2006 poll for "repeatedly pushing the boundaries of the law on behalf of those with mental illness".

But Home Secretary Jacqui Smith said she could not see how Sutcliffe - who has now changed his name to Peter Coonan - could be freed.

"I find it hard to imagine circumstances in which he should be; but that is something that needs to be considered on the basis of the facts.

"Top of my list of priorities, I have to say, is not Peter Sutcliffe's rights, it's the rights of those people who were his victims, and how we keep this country safe."

In a statement on their website, Bindmans said: "This firm is instructed by Mr Coonan (previously known as Peter Sutcliffe) in respect of the setting of a minimum tariff following his conviction.

"Any prisoner is entitled to have a tariff set within a reasonable time of conviction which will set out the minimum term of imprisonment to be served."

James Welch, legal director of Liberty, said it was established law that all life prisoners should know the minimum amount of time they must remain in prison.

"If there is uncertainty in this case, it is in everyone's interest that this is rectified," he said.

"Of course, prisoners use any argument available to them, but the courts' role is to weigh these arguments against the interests of victims and society as a whole.

"The Human Rights Act has done more for the victims of crime than the perpetrators." 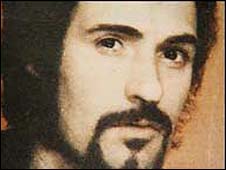 And were not allowed talk about cable tv, ironic. :Biggrin2:
W