Connecting a PS2 to a VGA monitor

At the start of the COVID lockdown I decided to unearth two of my old consoles (an Xbox 360 displaying a red ring of death and a PS2) and connect them to the monitors that I use with my PC.

I have a twin pair of identical monitors, both of which have an HDMI and a VGA input. The computer is connected to the HDMI on one and the VGA on the other. After resurrecting the Xbox I connected it to the spare HDMI port, leaving a single VGA port available.

Because the monitors don’t have their own audio outputs, I bought a switch box that would allow me to share the PC speakers with up to four devices and mean that I didn’t need to have the computer on in order to use the speakers. To make that work for the Xbox I needed to buy a cable that would make it possible, since normally the HDMI would carry audio as well as video.

I thought it would be a simple matter of doing the same for the PS2, but this appears not to be the case. I’ve got the audio channel to work but I’m getting no response on the video channel. I tried swapping monitors but with no success.

Can anyone make any recommendations?

getting VGA out from the PS2 takes a little bit of effort. You should check out this page:
https://www.retrorgb.com/playstation2.html

Do you consider use something like this?
For Sony Playstation 2 PS2 to HDMI Converter Adapter Adaptor Cable HD USB A+++ | eBay 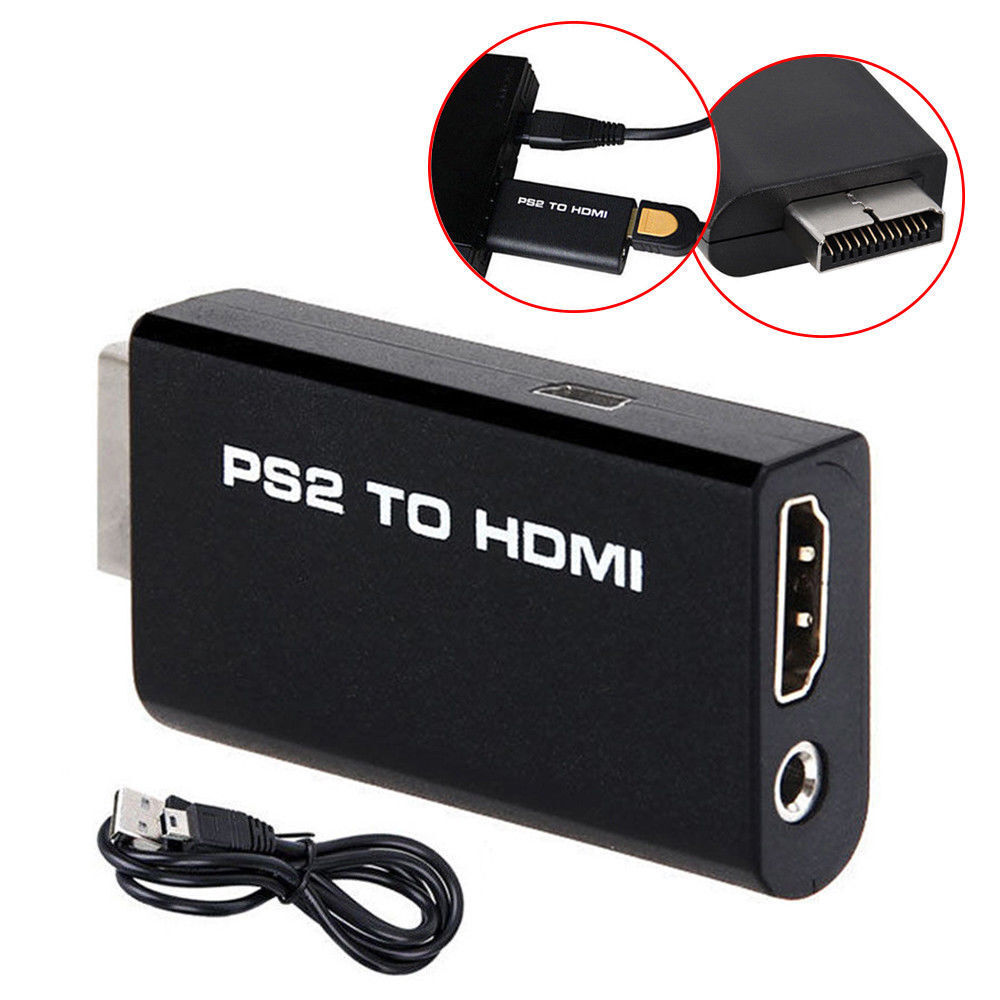