Mario Kart 8 to be released globally in May

A Corporate Managerial Briefing might sound less exciting than a Nintendo Direct in which Satoru Iwata does something certifiably mad (again), but when you get the release date for quite probably the biggest Wii U game of the year out of one the lines tend to blur. In today's meeting with investors, Iwata announced that Mario Kart 8 will be released across the world in May. :Hit: The announcement came as part of a wider discussion on Nintendo's future as a company, and Iwata made the game a key part of his plans, saying: "To create huge momentum, we would like to ensure that the release of titles such as "Mario Kart 8" is not a one-off event."
Presumably, that means Nintendo are planning a similar feat with Wii U to last year's run of 3DS games. Iwata revealed: "We will announce the specific release dates of each software title and the release of new titles in other opportunities such as Nintendo Direct."


taken from Nintendo Magazine
Last edited by a moderator: Jun 28, 2017

I cant be the only one excited about this game lol

The SNES original Super Mario Kart will be available for the Wii U Virtual Console from March 27 getting us ready for MK8, this should be good fun too, and only £5.49 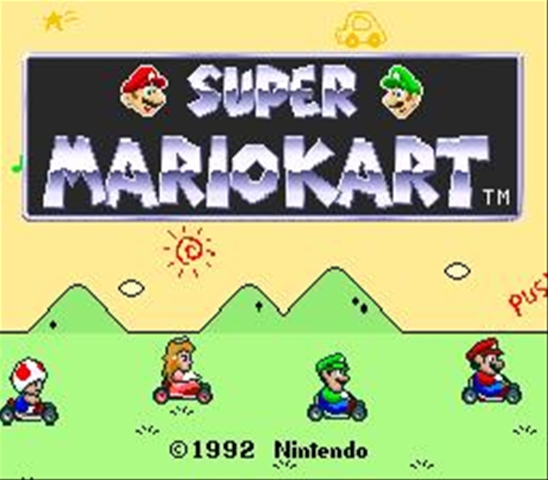 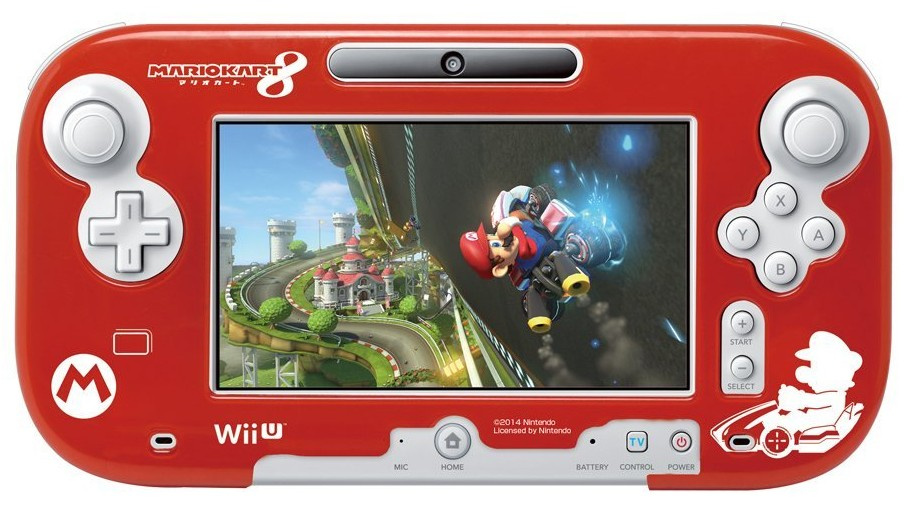 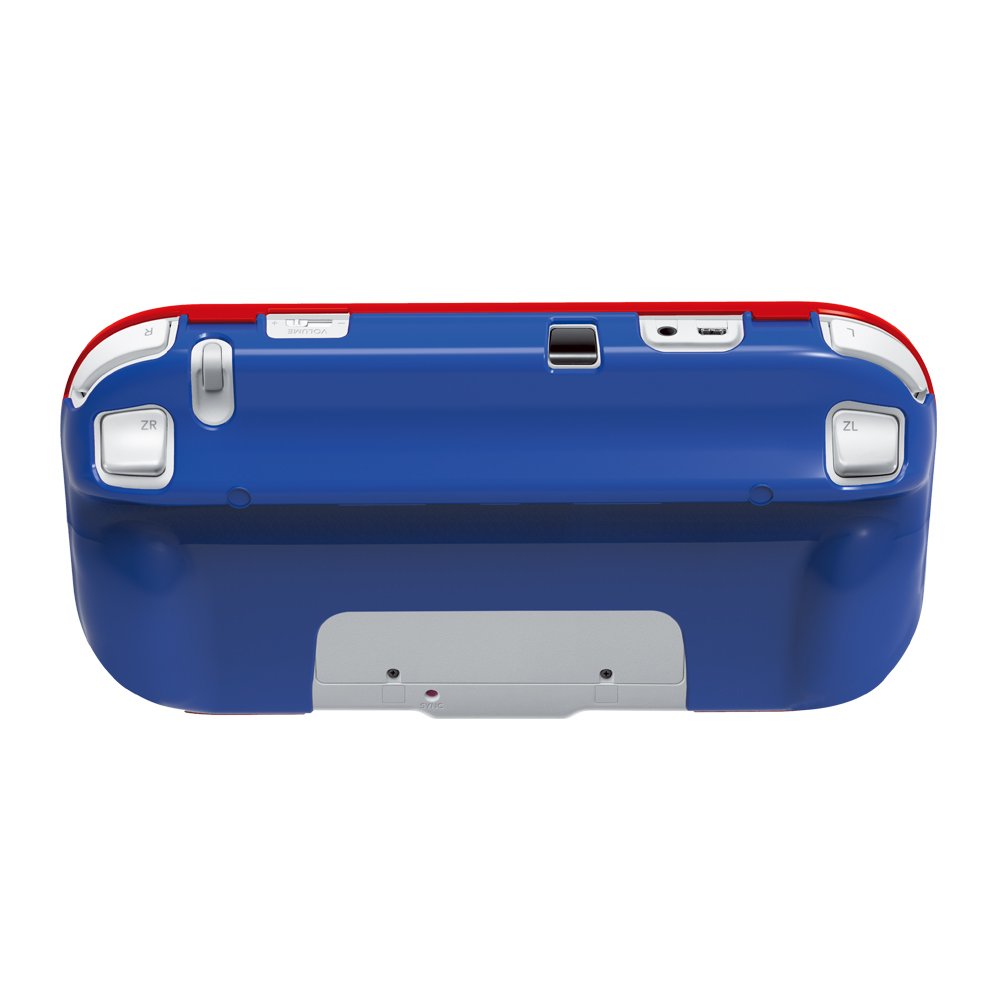 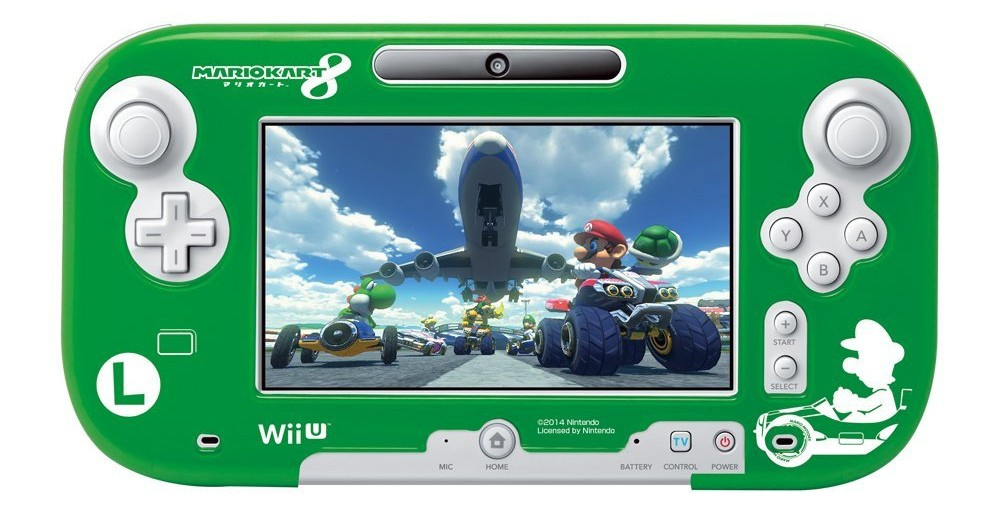 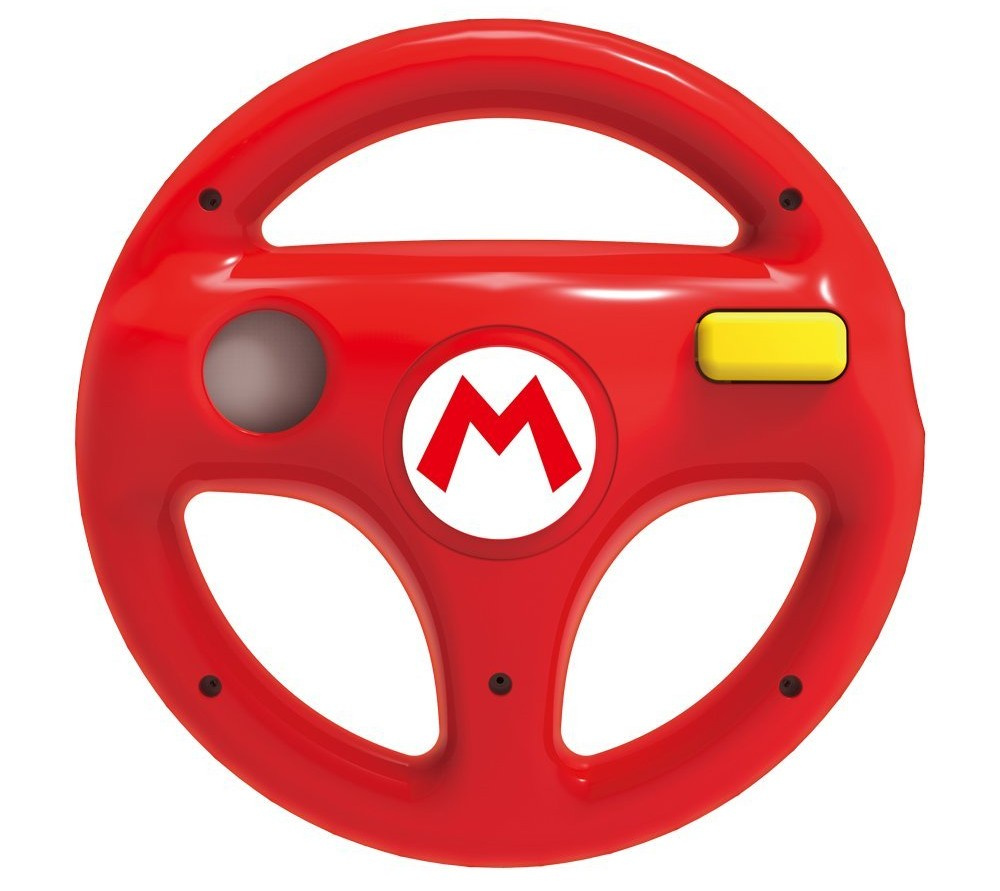 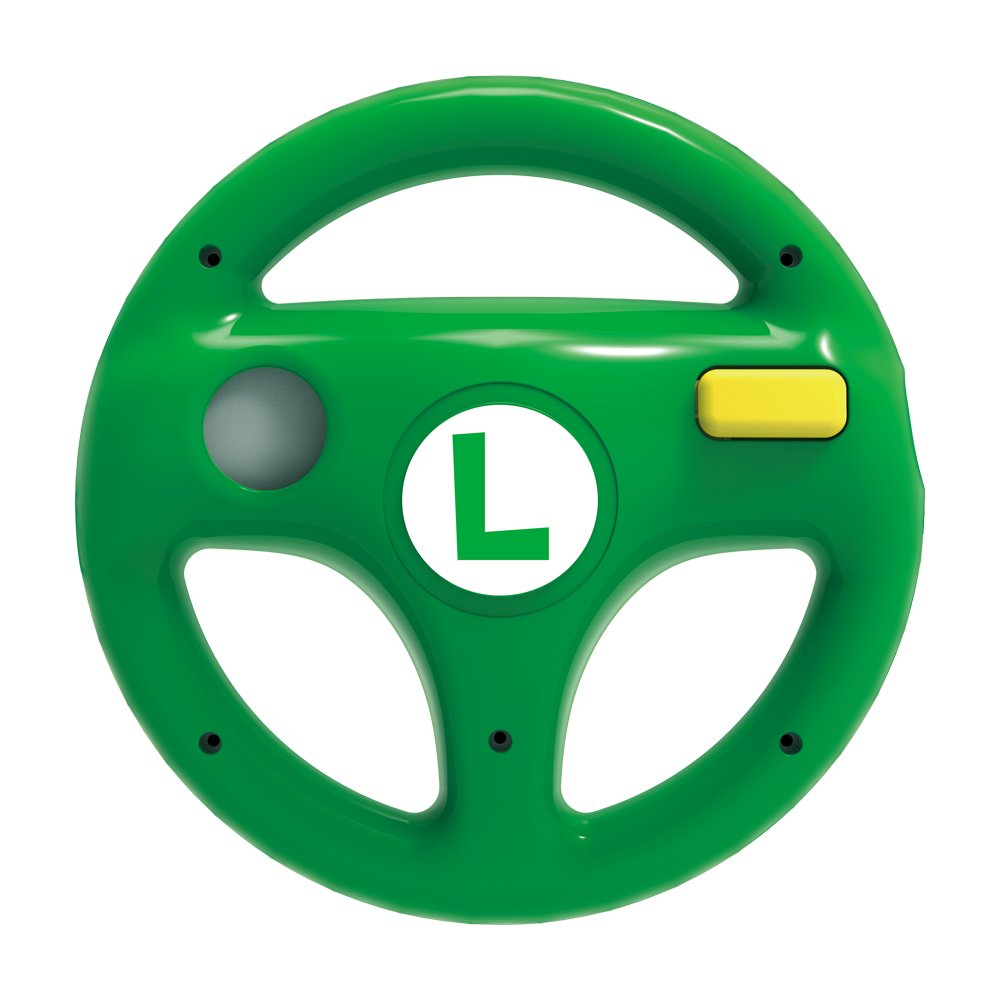 I cant remember it being this hard to control lol fun but I'm all over the place :Laugh:

Rat said:
The SNES original Super Mario Kart will be available for the Wii U Virtual Console from March 27 getting us ready for MK8, this should be good fun too, and only £5.49

Nintendo today revealed new information about Mario Kart 8, the latest instalment in the fan-favourite racing series launching exclusively for the Wii U console on May 30 in stores and in the Nintendo eShop. For the first time in HD, Mario Kart 8 introduces original track designs that highlight the game’s new anti-gravity feature, which allows players to race upside down or up vertical surfaces. Racers will also enjoy a variety of series-favorite features, including the return of 12-player on-line competitive play, four-player local multi player, hang gliders, underwater racing and motorbikes.

New features in Mario Kart 8 include:

Spin Boost: While racing upside down or on walls, players can bump into other racers or certain track obstacles to get a speed boost. The Spin Boost fundamentally redefines the way that players compete, and makes anti-gravity racing even more exhilarating.

Returning Characters: In Mario Kart 8, players can race with returning characters Metal Mario, Lakitu and Shy Guy. These newly revealed returning characters join a host of previously announced favorites, including all seven of Bowser’s Koopalings, who are playable for the first time in video game history.

New Items: Two new items join the fray in Mario Kart 8. First, the Piranha Plant attaches to the front of the player’s kart and chomps at other characters, banana peels on the track or even shells thrown by other characters. Each time the Piranha Plant lunges forward to bite, the player receives a brief boost of speed. The second new item is the Boomerang Flower. After acquiring it, racers can throw a Boomerang at opponents to stun them, and its arc allows players to strike multiple opponents with a single toss. The Boomerang can be thrown three times – forward or backward.

Control Scheme: Mario Kart 8 will support a variety of control schemes, including the Wii U GamePad, the Wii U Pro Controller, the Wii Wheel and the Wii Remote and Nunchuk. The game can also be played in off-TV mode using just the Wii U GamePad.
MNN 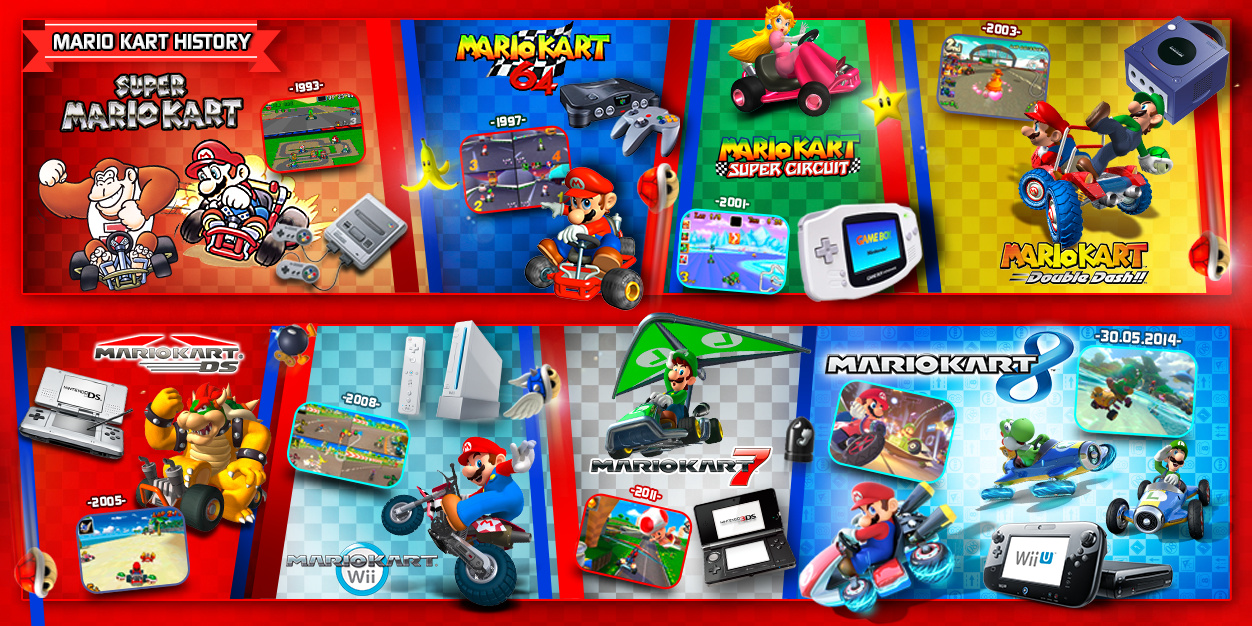 Back in 1993, Super Mario Kart utilised the Mode 7 graphics of the SNES to create the illusion of a 3D race track to fantastic effect. It may seem like only yesterday, but 21 years later we're gearing up to race in gorgeous HD graphics at 60fps - how things have changed!

Coins are back as both on-track and Mystery Box items in Mario Kart 8 and they've never looked so shiny! Coins can give you an extra speed advantage over your opponents, but might be less appealing than items with a more obvious and immediate impact, like a Bullet Bill or the newly announced Boomerang Flower


Could the Xbox One vs PS4 console war have a third opponent we’ve been underestimating? It’s been pointed out in this era of current-gen consoles, hardware manufacturers are trying to push for 1080p 60fps gameplay, and the latest first-party title from Nintendo for their struggling Wii U actually accomplished the feat with Mario Kart 8. The frame rate only dropped when splitting the screen to accommodate multiplayer action, but the resolution never did.
(not bad for a 2 year old console )

Was that the sound of a blue turtle shell being launched in the Xbox One vs PS4 console war?

It appears everybody has been ignoring Wii U, a console like the others which connects to the TV for high definition gaming. It’s gotten a bad reputation because people keep focusing on its gamepad screen, and some developers may be focusing on the handheld gizmo as well. If Nintendo could get enough attention focused on its latest major console and convince major publishers that the Wii U doesn’t need to be limited to the gamepad screen, they might even compete with the PlayStation 4 and Xbox One.

Let’s say it again: Nintendo’s Wii U actually supports 1080p at 60fps and might prove to be a worthwhile investment.

Veterans of the Mario Kart series probably know that it’s just a racing game, and racing titles are the most likely to maintain a consistent resolution. However, this racing title uses Nintendo’s trademarked animation styles and the Mario Kart series is right up there with Twisted Metal when it comes to vehicular combat. That is a lot of graphics power being pushed right there, and the Wii U’s upcoming Mario Kart 8 is pulling it off, while games we appear to be focusing on these days can’t quite reach the elusive 1080p 60fps benchmark.

The next time you head to the store and have to make a choice in the Xbox One vs PS4 console war, you might just consider the Wii U, Nintendo’s little engine that could match and beat them both with Mario Kart 8.